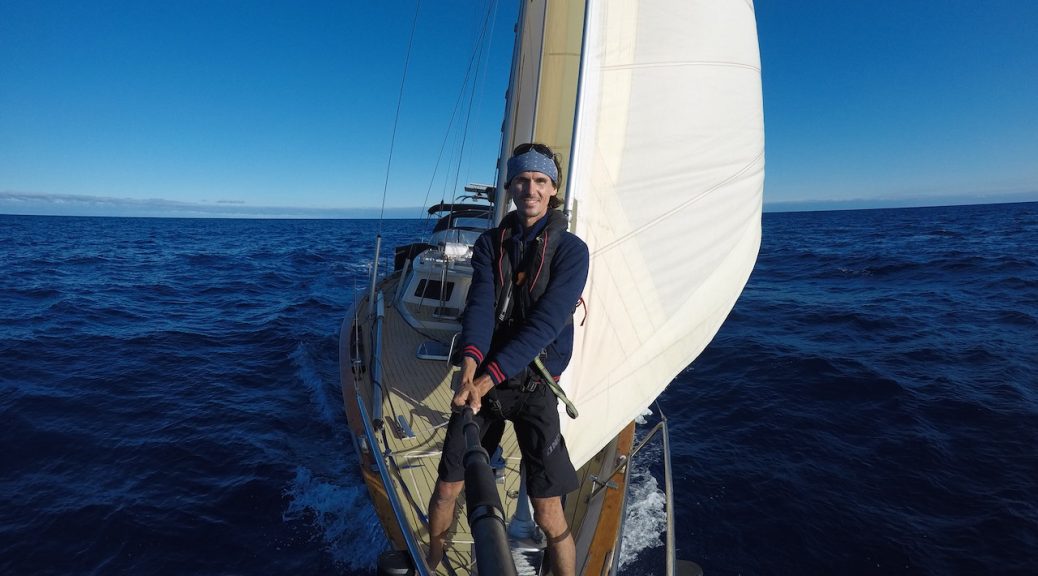 After lockdown had ended in July 2020, I rushed back to the boat which had been moored up in Las Palmas, Gran Canaria for over 8 months. Apart from being covered in sand, Shadowfax was fine!

I then planned to sailed singlehanded to the Azores, where I’d rendezvous with Emmie for the passage back to the UK. The passage to the Azores was my longest and first offshore singlehanded passage. However I got a little bit more than I bargained for when sailed through Madeira’s  acceleration zone where I encountered sustained 45kt winds and gusts well above.

I ripped the mainsail trying to reef and then the engine packed up. I felt I had no option but to deploy my Jordan Series Drogue given my in ability to heave-to and the frequency of break waves as night fell. Here is a short film of the passage!

Below is a more concise version of the film above with additional technical info about the deployment bag, bridles, chafe risk and the chain places.

Below are two sizes of chain plate. One using 6 bolts and another using 8. We don’t know exactly at what point you’d want to use the larger version but for a 17t boat like Shadowfax we went with 8.

Click the image to enlarge and then save to your computer. 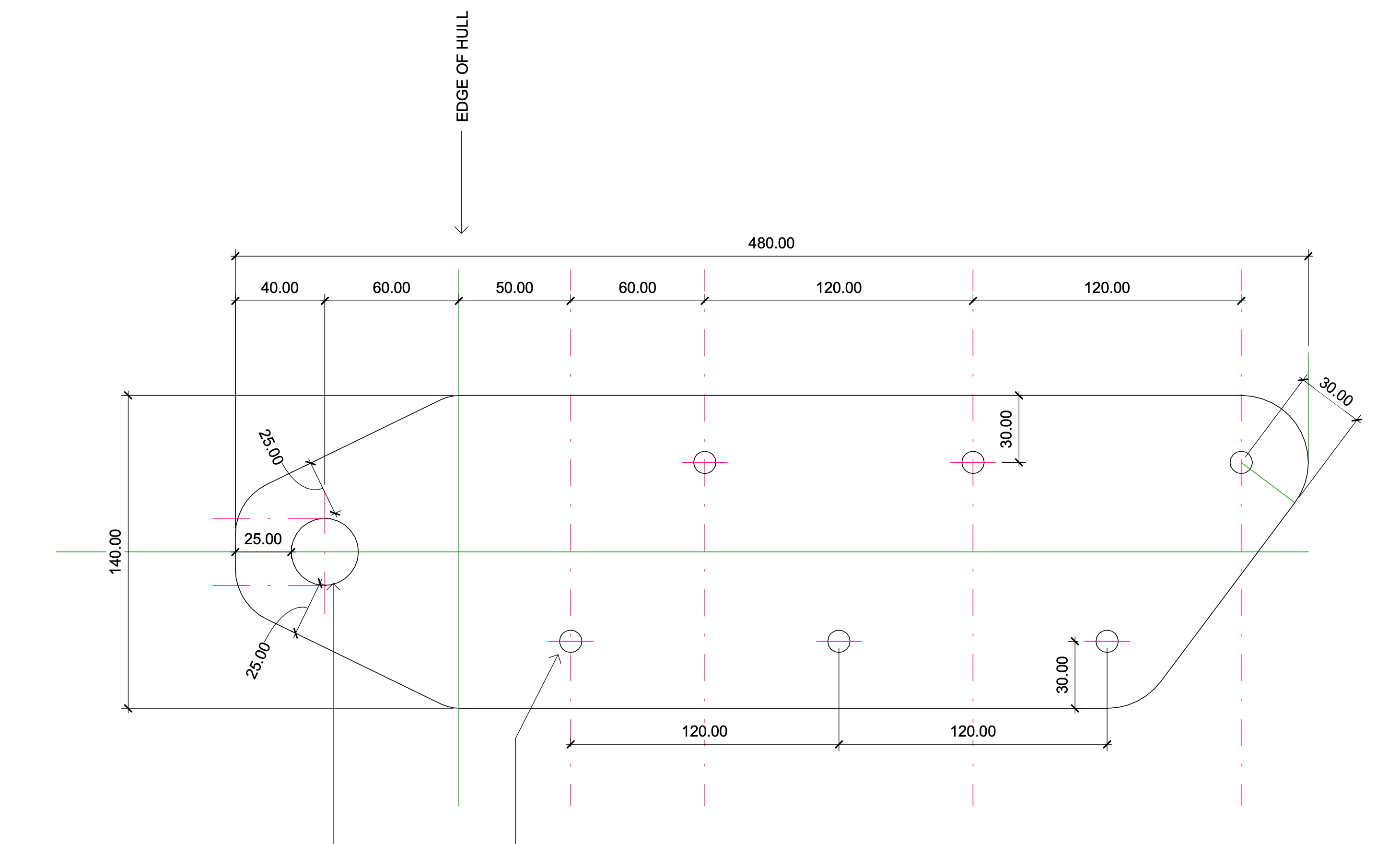 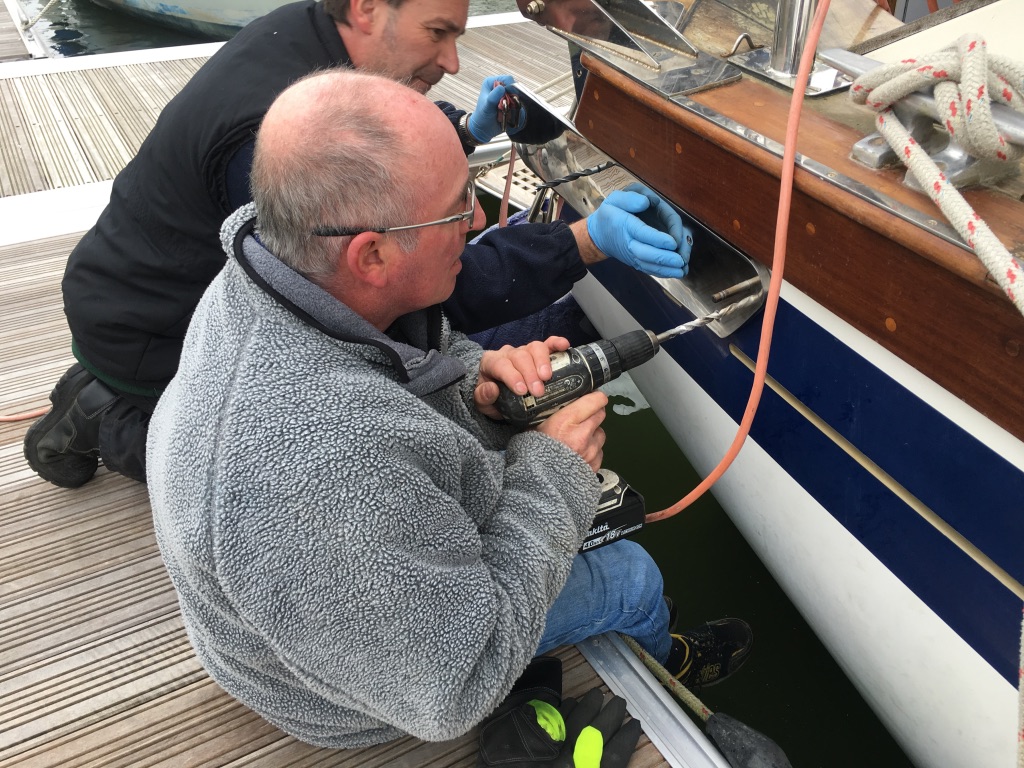 Above: Fitting the chain plates on the hull! 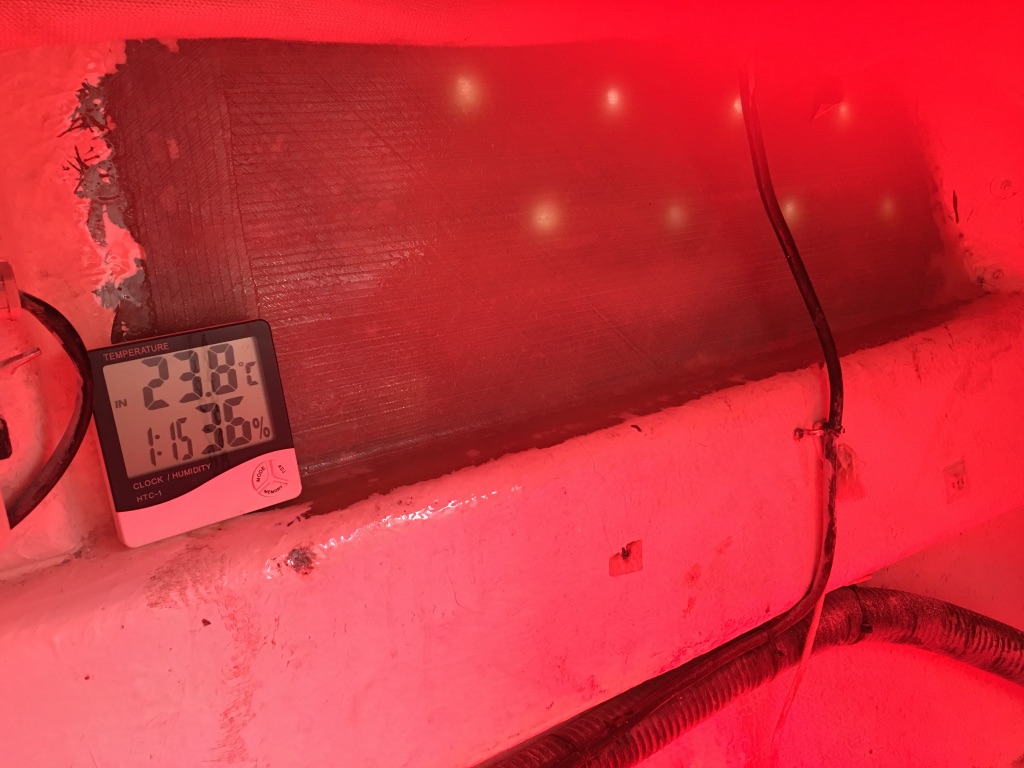 Above: Reinforcing the hull where the chain-plates are attached. Temperature and humidity controlled when using epoxy!

Above: We reinforced the hull from the inside with additional epoxy and matting prior to fitting a large stainless backing place. 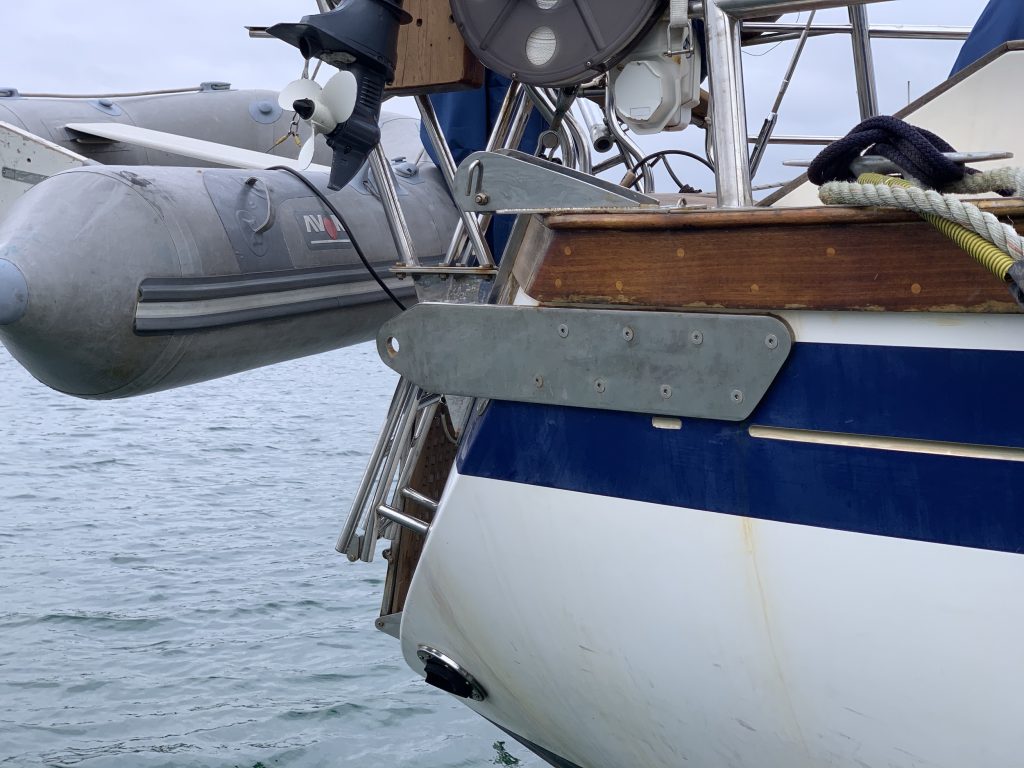 Above: Here are our 8 bolt chainplates attached. Not the overhang is quite large due to our davits and Hydrovane. If you can, less overhand is better. 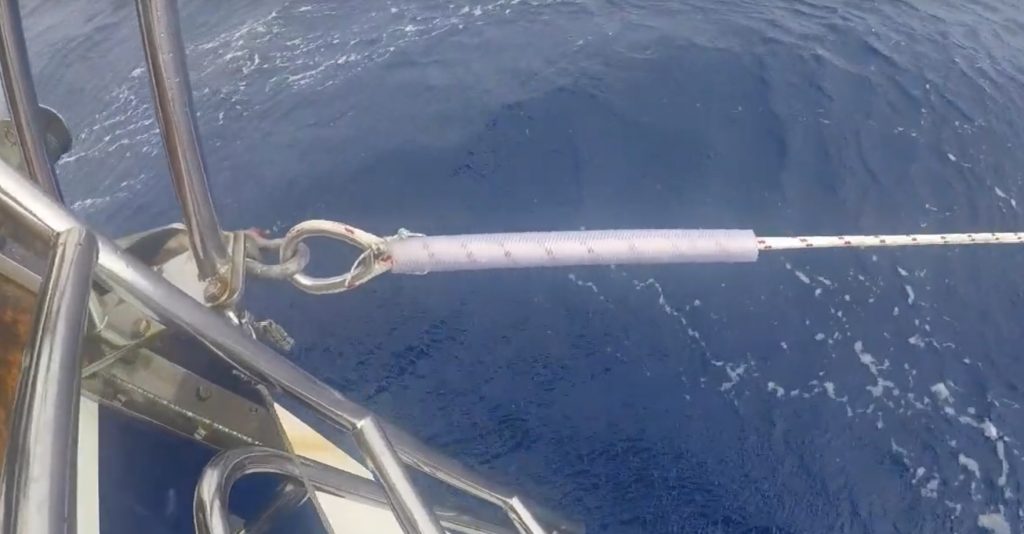 Above: Note the large plastic pipe I have over the first part of the bridle to eliminate any chance of chafe should the boat veer off to one side significantly. In my experience this didn’t happen but its good to know the protection is there. 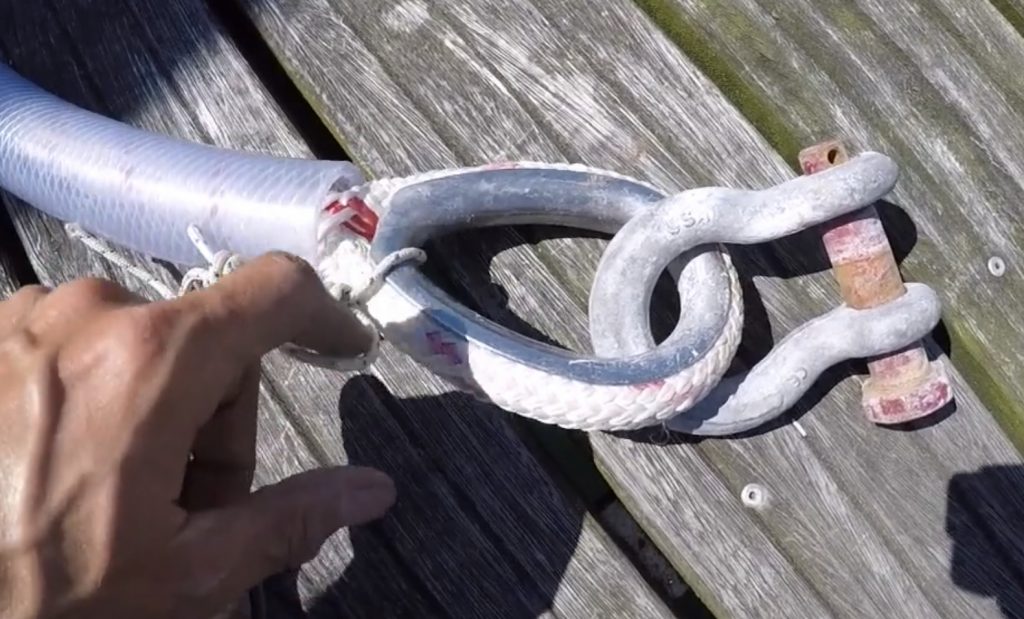 Above: I specifically wanted Hard Eyes on the bridles as I felt standard open versions were a chafe risk. Note also the Crosby G2140 Shackles with a SWL of 7T and a breaking strength of around 25T. That is more than sufficient according to Don Jordan’s specifications which say each bridle should be capable of taking 50% of the boats displacement. Our boat is 17T. 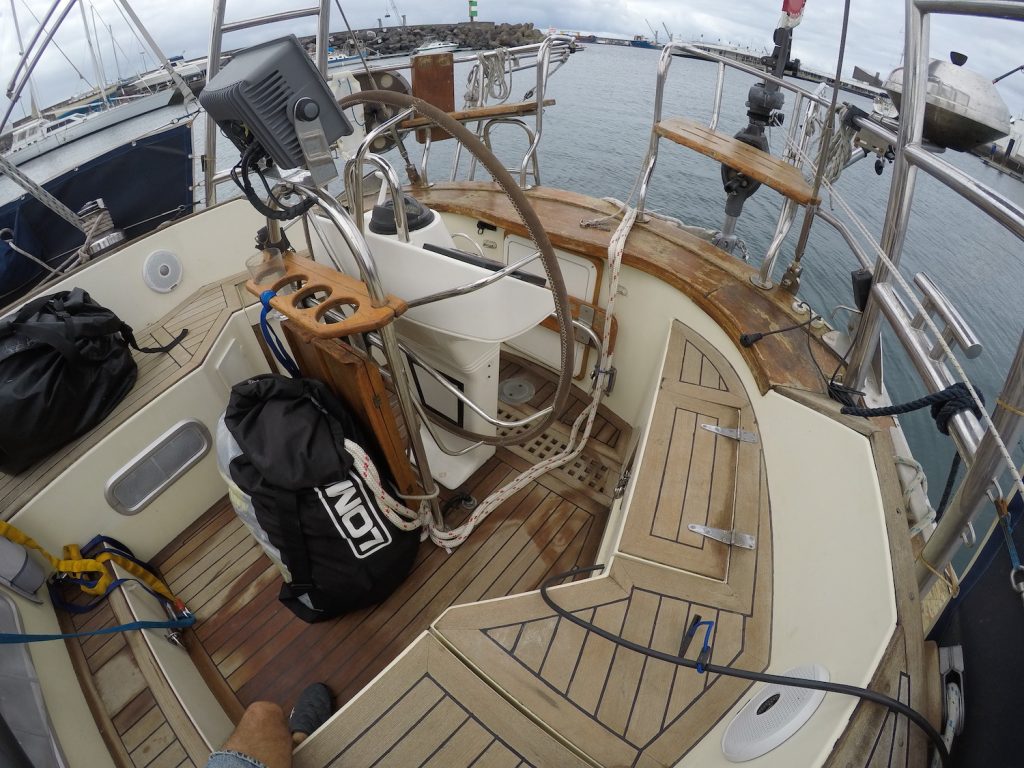 Above: Here is the Drogue stowed in position ready to be used. It is lashed forward of the steering pedestal and then the bridles are already attached and zip ties keep them out of the way. It took me only a couple of minutes to move it around aft of the wheel and in place where I could throw the chain overboard and let it deploy automatically.

9 thoughts on “When I had to use the Jordan Series Drogue!”