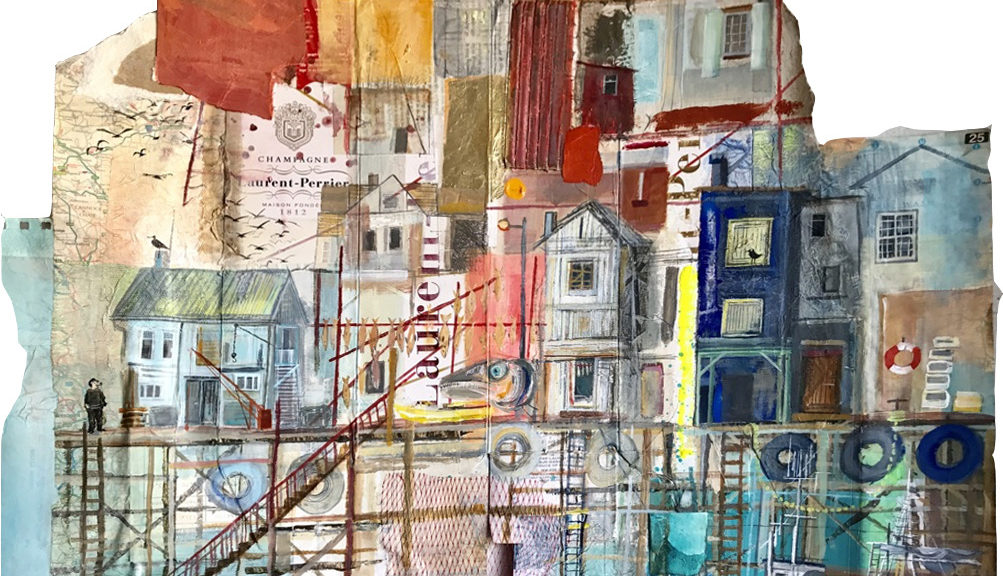 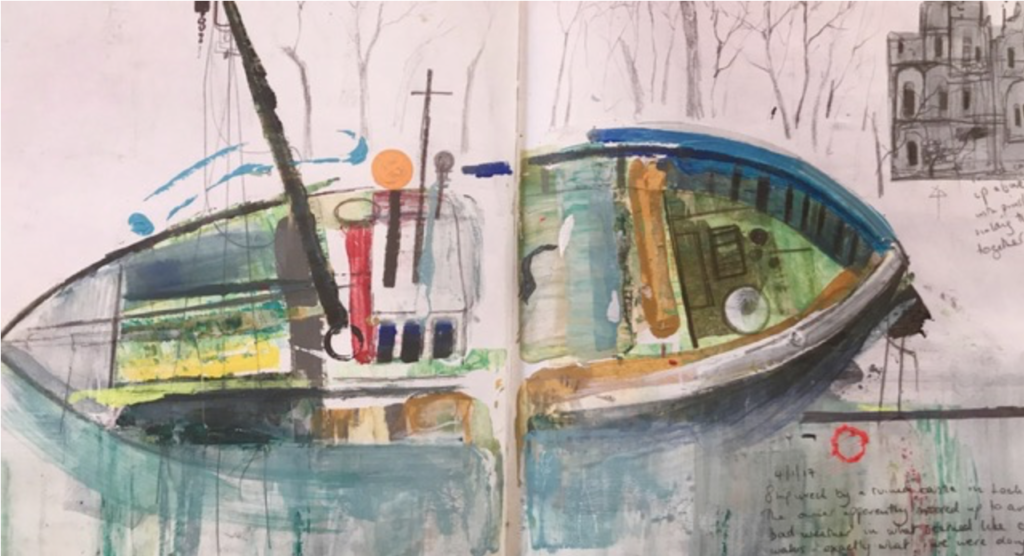 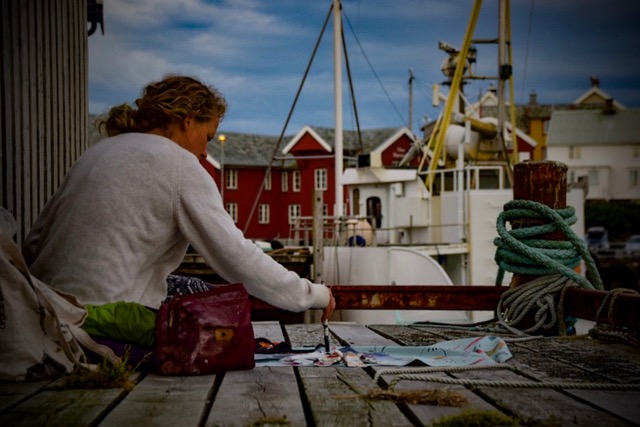 Travelling so slowly meant that I was often able to paint and sketch while skiing, being careful to listen out for changing weather when your whole world would suddenly tip sideways with the propensity for paints, pens, water and half made work to scatter in all directions unless fast enough to secure them.
The wind and chopping seas would also lend themselves to capturing an atmosphere as you were sometimes buffeted from all sides and wave spray merging the colours on paper in unplanned but interesting ways. The viking spirit as water wanderers and fishing people is still an integral part of the Norwegian pysche, many of the fishing villages propped up on stilts to accommodate the multitude of fisherman who used to decend in the winter. Celebrations were made for safely reaching the stunning Lefotens islands. This did seem like like a minor miracle as much to the skippers constanation I hadn’t know my port from starboard at the beginning of the voyage! Its the land of the whales, where clawlike mountains rise from stormy seas. The sun never sets, bathing the landscape in a red, pink glow for hours through the night making it an artist’s paradise. The piece (below) ‘Lefoten, life above waves’ is created from maps, nets, champagne labels and other recycled materials found en route. Depicting life and fishing as seen from harbour life. Some of the buildings continue as fishing warehouses while others have now been converted into the trendy summer residences of Norwegian families.