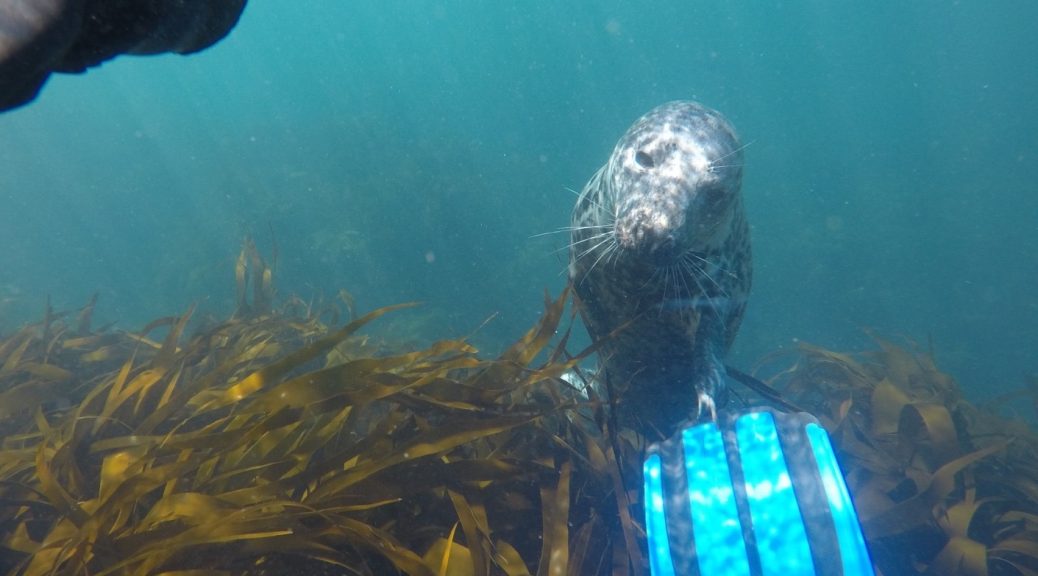 Around the Isles of Scilly are various colonies of Seals which have come very accustom to people, boats, kayakers and swimmers. They’re super curious and take great interest in people!

Even at anchor or when you’re in a dingy, the seals will pop up only a few meters away to say ‘hi’. So I decided to go diving with them and see how they’d take to me joining them in their realm.

At first I couldn’t find them. I was going around the kelp forest without a sight but Emmie was snorkeling above me in hysterics. The seals were sneaking up behind me and following right on my heels, sometimes nibbling at my fin. I thought I was just catching them on kelp but after a while I realised what was going on!