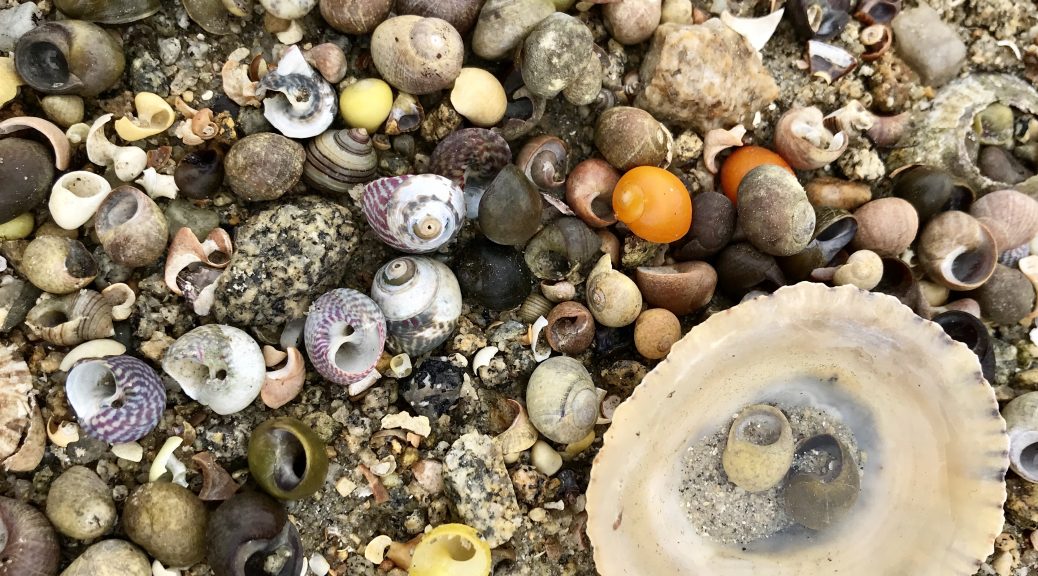 The next few days proved a frustrating wait for the conditions to improve before we could make round the headland as 40miles an hour howled outside and the boat bobbed around in the harbour. However, time was not lost as Roscoff, a pretty fishing town and old fashioned holiday resort of times gone by with picturesque architecture and a quintessentially Bretan character also offered an incredible array of (edible) sea life! 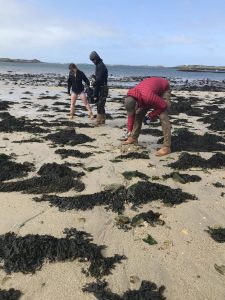 We quickly became experts at clam collecting, at least we should have been with the research which was done however, without a lot of luck in finding them!  Tim though, resorted to befriending locals who fed him a raw one at one point. The beach was a beautiful mosaic of all different coloured sea shells and we ended up resorting to collecting winkles or ‘bigorneau’ in French which were easily available and we were enthusiastic reassured a number of times ‘Ils sont délicieux pour l’aperitif”!! 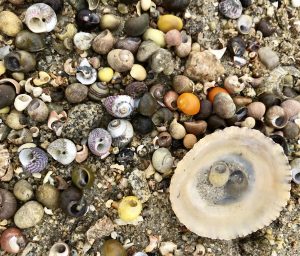 Of course once garlic, parsley and butter was added this could have been true of any little morsel and it certainly was a little morsel if a little chewy, tasty enough. Another intriguing find came as Tim shouted across the raw of the sea “This man has steak of the sea!” The Roscoffian bought out a huge fleshy creature the size of a small hamburger which came out of the most beautiful of turquoise inlaid iridescent shells. He smacked his lips with appreciation of “le steak du mer”! The other thing which was learnt about Roscoff and as you will find out in true Tricolour style this is mainly about eating, was that this was the port the ‘French Jonnys’ as the English like to put it would be sent off to work from dawn to dusk with nothing but their gallic charm, seductive broken English and strings of up to 100kg of pink onions  to sell to passing housewives. 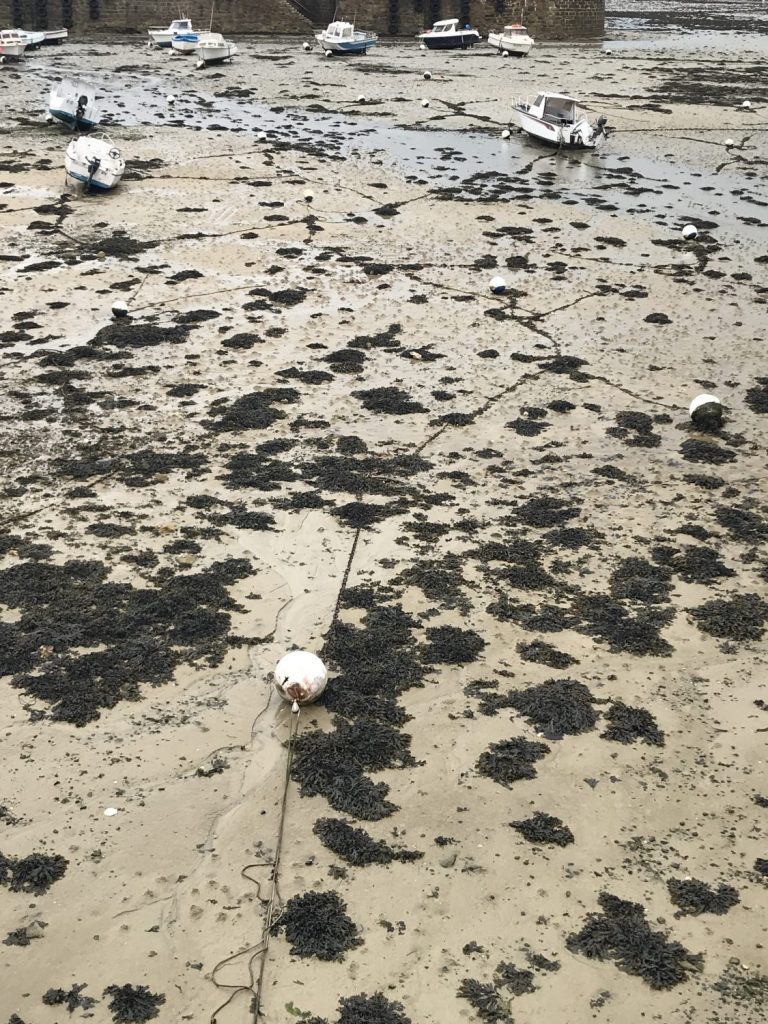