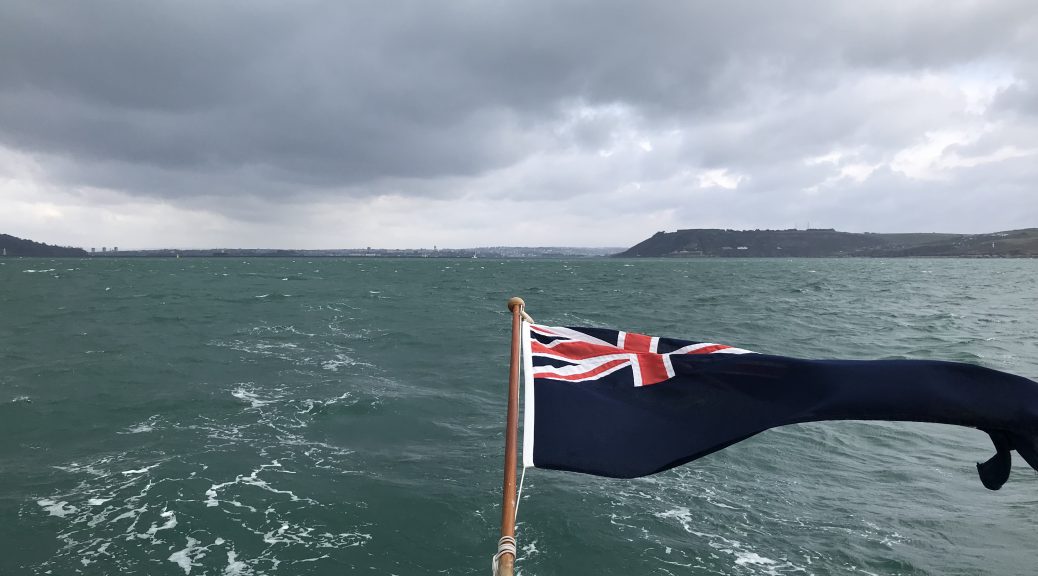 After some debate about whether to leave or not at the end of March as the wind was likely to be strong and a conditions a little rough or wait for a clearer weather pattern to emerge at some unpredictable point into April, the decision was made to go for it! After months off the boat over winter and no test run, it was with excitement and not a little trepidation that the ropes were cast off for the final time from Plymouth and we exited the open lock gates, welcomed into the sea by a massive seal bobbing its head meters from the lock entrance. 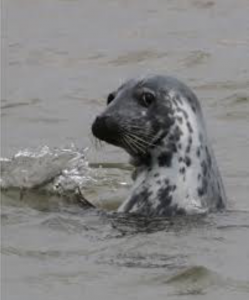 The lock gate master shouted from above that he’s a well known character and has been around for years, turning up promptly when the lock gate open to guzzle delicious fish guts floating past from where the fishing boats would offload their cargo at the fish market warehouse, which had been our neighbour.

Weather warnings of yet more snow predicted manifested in the clouds hanging dark and heavy over the bay and cliffs as we glided past all the old war battlements and out to sea, the flag rippling sideways in the wind. We had a strong starboard beam reach for the whole crossing and made good, if rather cold progress, with the wind constantly blowing at 37nm. The initial plan had been to cross to France’s West coast and through the infamous Channel du Fort, renowned because of its strong tides and overfalls (breaking waves which are fixed in the same place and don’t move) but because this would add another complexity at night and potentially with less favourable conditions coming, a quick zip across of 120Mn to the closest port of call Roscoff, was made. We arrived at 2am in time to sleep and avoid a true night passage and then celebrate Easter later that day with an on board Easter egg hunt with Chloe and James who joined us during the crossing and seemed game to join in with everything! 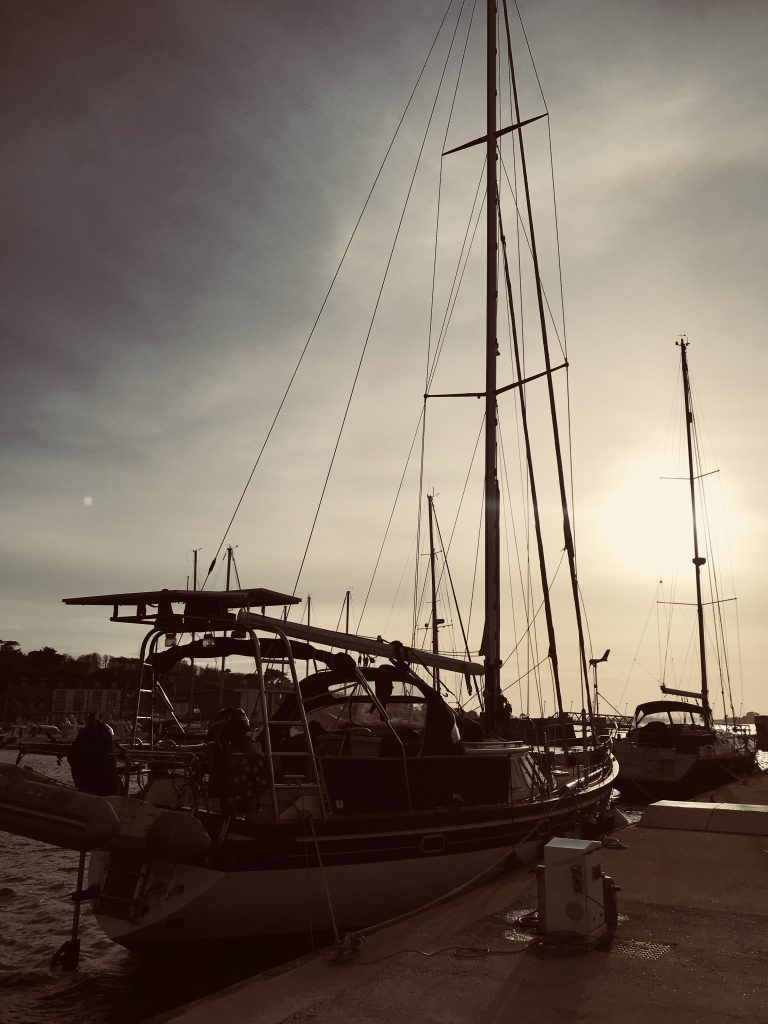